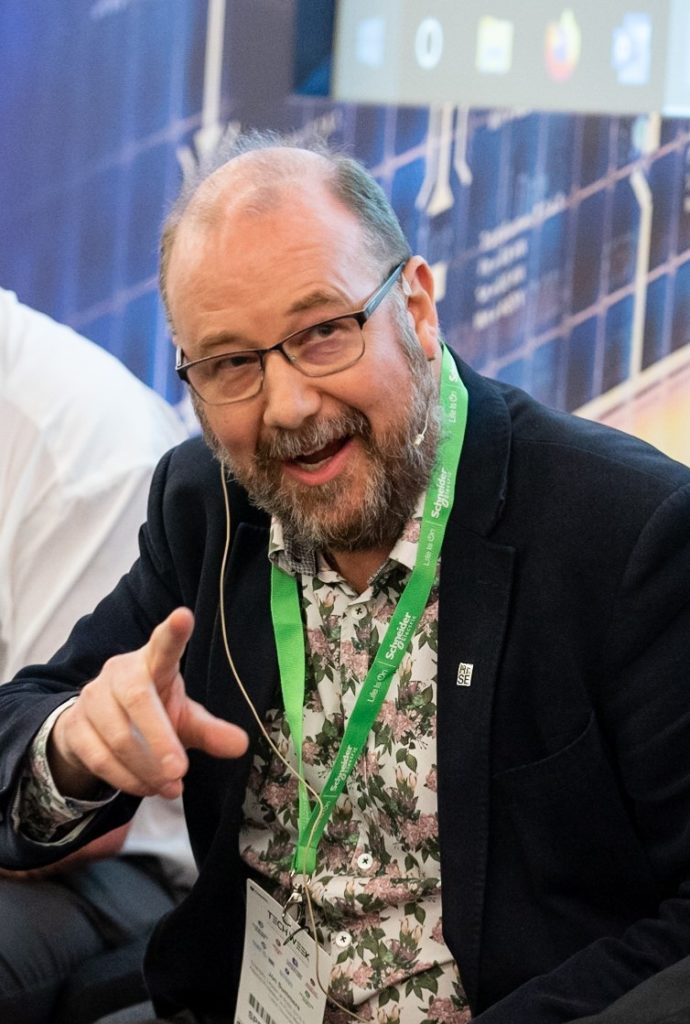 Jon Summers, Scientific Lead of the ICE data center lab at RISE in Luleå, Sweden, talks to ESCI about the WEDISTRICT project, energy recovery from data centers and the future of fuel cells in energy reutilisation.

ESCI: Why are data centers so important in today’s world?

Jon Summers: Data centers are the core infrastructure of digitalisation: all digital storage and processing takes place there, and as more and more people join this digital revolution, and the more active they are using this technology, the more important data centers will become. However, the role of data centers is sometimes difficult to appreciate because their product or output is intangible.

ESCI: What does this increased digitalisation means in terms of energy demand and how big is the environmental impact of data centers?

Jon Summers: Data centers do consume a lot of power. This fact has raised awareness and the interest of governments because the sector has a high electricity demand. Some consider it almost to be too great, since the output is hard to quantify, it being an intangible quality. In environmental terms, it seems almost a contradiction that while decarbonisation efforts run against an increase in energy demand, especially in regions where energy production is far from “green” and having a high carbon footprint, data centers have such high energy demands. That is why we move towards efficiency and environmentally positive energy generation for data centers.

ESCI: What makes the Luleå demosite special in the context of the WEDISTRICT project?

Jon Summers: Data centers produce digital services and release a lot of wasted energy as heat. The electric energy going into a microprocessor is converted to heat. An aspiration of data centers is to be able to reuse this waste heat. RISE in Luleå is right next to Facebook’s hyperscale data center, one of the largest in Europe, and with high energy demands and high waste heat production. The location is also attractive because of its cold climate and huge hydroelectric power supply. And now, with our initiative, we plan to reuse data center waste heat by supplying it to the district heating network.

ESCI: Can you tell us more about the technology behind the Luleå project?

Jon Summers: Sweden has a few initiatives trying to recycle heat from data centers. This waste heat is of low temperature and therefore not very useful, so it is being considered for farming applications in green houses, or space heating. However, this demand is seasonal while the waste heat production is not. Therefore, projects in Sweden have used heat pumps to increase the temperature for use in heating networks. However, heat pumps consume even more energy and can be noisy for urban use. That is why we decided to use biogas powered fuel cells instead of the heat pumps.

ESCI: What is the role of fuel cells?

Jon Summers: They provide the on-site electrical power and have the ability of increasing the temperature of the residual heat from data centers for it to be useful to produce a constant supply of hot water for direct consumption or district heating, without additional energy consumption or noise production. All this enables data centers to be placed in urban areas, which will be an upcoming reality as the 5G technology is deployed. Plus, on the other side, using carbon neutral biogas they can produce electricity to power the data center.

ESCI: Could this technology be combined with the molten salts-based thermal energy storage technology in the WEDISTRICT project?

Jon Summers: We will not know until we get to the exploitation side of the project, especially because heat storage is challenging and we do not know for how long we could keep it.

ESCI: The project has been running for about half a year, what can you tell us about progress?

Jon Summers: We are facing some challenges. Namely, finding the right European supplier for our fuel cells and where to place the demonstrator to have the right access to biogas and to the heating grid.

ESCI: How costly would it be for a medium sized data center to implement this heat saving approach and how far are we from having a constant biogas supply the data centers?

Jon Summers: That is one of the questions this demo site aims to answer. Biogas production in Sweden is pretty advanced already, and I see no reason why it cannot be implemented elsewhere in Europe, especially considering it is part of a natural cycle.

ESCI: Do you think this technology is transferable to all climates?

Jon Summers: In principle, regardless of weather conditions there is always hot water demand and so with all year around data center energy demand and heat production, so from this perspective it should not be affected.

ESCI: What are the environmental advantages of this technology?

Jon Summers: Biogas is carbon neutral, while collecting the heat in fuel cells would allow for the reuse of the heat in district heating systems and could replace oil based heaters (such as used in Luleå during very low outside temperatures), so in the end we could say that data centers powered by biogas with heat reuse would have an greatly reduced carbon footprint.

ESCI: Move forward to 2023, what have you achieved at the Luleå site?

Jon Summers: First, we hope to have raised awareness. Even though the use of fuel cells in data centers is not so novel, companies like Equinix have been doing it already, its use for heat recycling is. We hope that our efforts will be seen as a proof-of-concept with supporting validated data for smaller urban data centers, and to influence big companies like Equinix, to opt for a similar model.

This project has received funding from the European Union’s Horizon 2020 research and innovation programme under grant agreement N°857801.